I was asked by Ben at Shepherd.com, a fabulous new website that helps people search for books on subjects they love by people who’ve read and written in those realms, to create a blog entry. You can access the whole thing at https://shepherd.com/best-books/wild-people-doing-wild-things-in-wild-places, but here’s a sampling.

I’ve always wanted to write, and I’ve always wanted to play outside. Bringing the two together started in childhood, climbing redwoods and scribbling fantasies, and grew from there, eventually morphing into a career as an award-winning writer of outdoor adventure guidebooks and essays about national parks. Of course, writing requires reading, and to hone my craft I’ve devoured a library of outdoor literature, journeying with John Muir in Yosemite, Mallory and Irvine on Everest, and Cheryl Strayed on the Pacific Crest Trail. If someone’s doing a wild thing in a wild place, I want to read all about it—and then I want to head outside and get a little wild myself.

What is my book about?

In a place as vast and extreme as Alaska, no one takes safety for granted. Whether adventurer or homesteader, tourist or native, people look out for themselves and for each other. But sometimes it just goes bad, and no amount of resourcefulness or resiliency can make it right. That’s when search and rescue teams kick into gear, launching operations that have generated amazing tales of heroism, tenacity, and human kindness.

The essays collected in Search and Rescue Alaska describe rescues on Denali, North America’s highest peak, a World War II self-rescue that ended with a remarkable recovery more than half a century later, the travails of Klondike-bound gold-seekers caught in an avalanche on the infamous Chilkoot Trail, and more. These stories will both entertain and kindle a new appreciation for the skilled and selfless pilots, troopers, military personnel, and rangers on call for search and rescue in Alaska.

When you buy a book we may earn a small commission.

The Books I Picked & Why

My Life of High Adventure

Grant Pearson was the superintendent of Mount McKinley National Park, now Denali National Park and Preserve, in the mid-twentieth century, and was part of the Lindley-Liek Expedition, which made the remarkable second ascent of the peak in 1932 – one that included a search and recovery. He tells that story, as well as many others, in this humble, humorous, and illuminating autobiography. His passion for Denali’s wilderness, and for adventuring, is compelling. 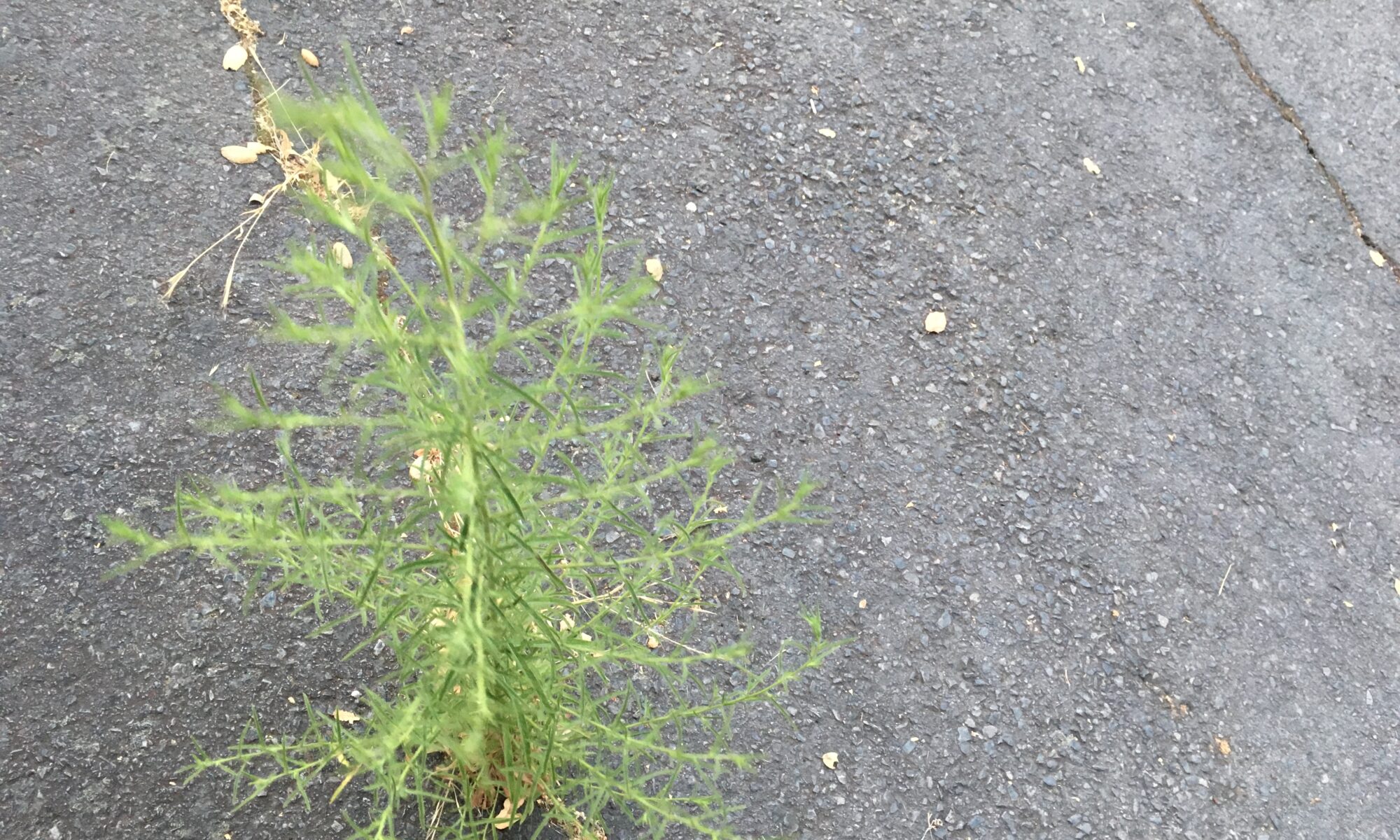 It seemed so appropriate. Right before he hauled the van away, the little man in the wide-brimmed straw hat turned on the emergency blinkers and honked the horn. It was exactly right, though he could never have known it. Because that was how the van had signaled its final distress.

The story is a classic. Let me take you back a month, to a driveway in a nice subdivision on the west shore of Lake Tahoe. It is five o’clock in the morning. The familiar sound of the van’s horn wakes me; my first thought is that its alarm is going off…but it doesn’t have an alarm anymore. I stumble out of bed to the window and peer outside into a gray-black predawn world. The van’s emergency blinkers are on, and the horn is honking intermittently. I’m confused, so I look closer…and see a great black hairy hulk occupying both front seats of the car.

“Martin,” I call to my sleeping husband. “There’s a bear in the van!”

He’s awake instantly, and leaps from the bed. Feeling brave, curious, and half-witted with drowsiness, he rushes outside; I remain at the window, watching. Afterward, he tells me that at first all he could see was a steamed-up front windshield. Then, like a playful child, the bear pressed its hairy muzzle against the glass. It saw Martin and began to tear the inside of the car apart. Martin saw it and began to cuss like a truck driver.

My husband has no choice, and he’s not happy about it. The bear is now in the driver’s seat, eating the van’s headliner, trying to claw through the roof to freedom. Martin dashes to the opposite side of the car, whips open the sliding door, and runs like hell.

So does the bear, off into the night. I’m now brave enough to leave the house, and stand with my husband at the van’s side, surveying the damage. Wires dangle from the ceiling, bits of the deck lamp are scattered on the front seats, the rear-view mirror and visors are strewn around the car, as are the remnants of one of our son’s smoothies, which had lured the bear inside. Not only are the emergency blinkers on, but so is another son’s metronome. Blinking orange hazard lights, a blaring horn, the incessant ticking of the metronome—the poor creature must have thought it was in some kind of hellish circus. No wonder it wanted out.

But the van did not fare well. With nearly 250,000 miles on the odometer, we knew its swan song was most likely imminent. Still, we gave its salvage a shot, getting an estimate for repairs, talking about options. But the insurance company refused to pay for repairs that might have, ultimately, exceeded the value of the vehicle.

My husband’s regret was immediate. He recognized what I, in my excitement about finally getting a new car, would not see until the little man in the straw hat drove the van away. He knew we were losing an old friend. He knew how much of our history was tied up in the metal and plastic and cloth of what we called, affectionately, the Starship. It was a perpetual motion machine, hauling our sons to play dates and to their first days of kindergarten, transporting new puppies to dog parks and scared kitties to the vet’s office. It carried thousands of dollars of groceries, home improvement supplies, and recreational equipment. It wrote books with me, about Lake Tahoe and Lassen Volcanic National Park, Point Reyes National Seashore and California’s missions and presidios. And, when everyone said we were fools for even considering the idea, that great old van ferried us north to the Top of the World in the Yukon and Alaska. It crossed mighty rivers on metal-bottomed bridges, the Klondike, the Stikine, the Pelly, the Yukon; it wound through the Alaska Range in the shadow of Denali, it rested on the beaches at the toe of the Kenai Peninsula. More than 210,000 miles on the odometer, hauling a tent trailer, and nary a breakdown. That flat tire, of course, was not its fault…

The salvage company called to say they’d haul it away sometime during the next two business days. By the time the second day rolled around, a shiny new car was parked in the driveway, with an infantile 19,000 miles on the odometer. When I got back from running errands in the new car, I found myself strangely reassured to see the van’s broad Zorro smile; it was still parked on the gravel in front of the camper. Call me silly, but I really thought they’d forgotten about it, and that we’d get to keep it. Use it for … I don’t know … garden art …

But then the bright yellow flatbed truck drove by, and I knew the van’s time had come. The fellow in the straw hat parked down the road, then walked back up, climbed in, started it up, and drove it off. I furiously swept leaves around the driveway, scolding myself for being so emotional, for being so materialistic. I was mourning, after all, for a stupid car!

But this was no ordinary car. Not anymore. I looked at the new car, asked it please to treat us as well as the Starship, then ran down the garden path to the fence along the road, where I hunkered behind a bay tree and watched the little man in the straw hat prepare the Starship for departure. He opened doors, adjusted chains, and finally turned off the emergency blinkers. I hunkered down, and yes, I wept. And I wondered at the things that hold our memories. I thought about the dear friend who lost her mother when we were teenagers. She once complained that her father’s new wife, of whom she was fond, refused to give her a stool that had belonged to her mother, and how that filled her with great sorrow. A stool, a block of wood and fabric, a little thing … yet in that stool, Kelly knew her mother, felt her mother, could touch her mother. A car, I know, holds no candle to that kind of remembrance. But it holds memories nonetheless—in our fortunate sakes, of so many good times—and I regret its loss.

I can only pray that our new shiny car, which shifts so easily, feels so cozy, smells so new, treats us as well as our old van. I’m glad that I’m not just “getting over it.” It’s shallow, it’s American, but it’s real. The Starship will be missed.